Home > Apps & Tools > 3 big reasons to use Evernote alongside Notion 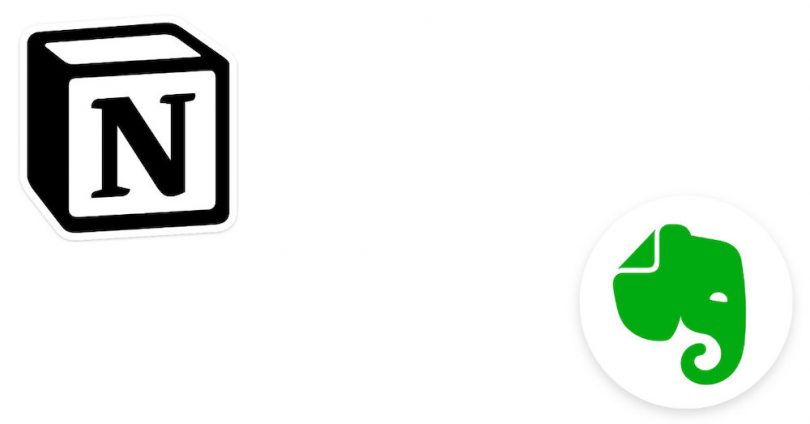 Notion app is one of its own kind of content management app, that really really makes the organizing of data smooth and powerful. It’s really a powerful app of the decade in the category of digital productivity. The app is a cross over of few documenting systems like docs, wiki, sheets, calendar etc. I quoted this app as ‘A comprehensive digital workspace’ when I first covered about Notion in alvistor. Since then I am using the app for various purposes and at most of the occasions where I have to manage digital content (both personal and professional).

There are 3 types of occasions where I can’t rely on Notion, but Evernote which plays better and scores a lot more than Notion. I’ve already mentioned 10 reasons why Notion can’t replace Evernote a year before in alvistor. Here are 3 more big reasons why I still use Evernote even after I embraced the power of Notion for the past two years.

First of all, I need a good, reliable and powerful note-taking app. Notion is primarily NOT a note-taking app. But Evernote is. The need, the purpose determines which app performs best. For note-taking, Evernote easily wins with its ease of use approach.

If you write a lot, or if you take plenty of notes in a day, you will find Evernote does the job well for you than Notion. The reason is, Evernote can hold structureless text inside it, which is quite an important feature that a note-taking app should have. Later these notes can be organized by moving them into Notebooks and adding tags. Notion handles notes in a different way. Every sentence is a piece of block which can be moved along (though you can make it as a paragraph). It is more structured even you want it or not. That means, Notion can be used as a good information organizer, not a note-taking app.

If Evernote is not your cup of tea, then I recommend a different note-taking app instead of relying on Notion for the note-taking purpose.

Evernote works great for beginners. Because it is simple and powerful. You may be good with Notion, but people with whom you collaborate may not be that advanced like you. Most of the people I collaborate with find Evernote as better notes exchange tool when compared to Notion. (People fall in love with Notion once they started to use it. But when it comes to Notes, Evernote is a good choice for you and your fellow guys.

Quickly jotting in an idea, that comes to your mind in a flash. Evernote is quick and reliable for that. You can put that idea in the form of random text/sentence, an audio note, a picture captured by your phone. Notion lags behind in this area of quickly inputting the data into it, in my real-world experience. In Notion, that information is needed to be placed in a specific place inside a note which demands a quick-thinking process to decide where it goes. That few seconds delay, where I have the risk of losing that short-dwelling idea in the damn fast flashing mind.

The OCR (optical character recognition) capabilities that can convert your PDF documents, pictures, scanned documents, scanned business cards and other forms of content searchable and meaningful inside Evernote. Thus, it is quickly retrievable.

Evernote is more reliable and efficient in capturing the data and retrieving them when compared to Notion.

Evernote has better smartphone support by offering a native app for all major platform. A notion document dwells inside the smartphone app as a webpage (thus longer app-starting time), which restricts its potential of harnessing smartphone-only capabilities. Evernote can function great in offline, Notion is far from the stage where Evernote is now in offline support. You can’t blame Notion for minimizing the offline support, it is a more complex thing to achieve technically.

Evernote is snappy, both in smartphone and desktop/Mac. But for Notion, it gives me the same experience for both the web version and app version. When it comes to Notion, no content is stored offline (but syncs faster). So if I lack an internet connection (due to network coverage issues), it is difficult for me to edit my data or to add anything into the existing notes.

I really hope Notion will fill this shortfall in the near future to evolve as an even more complete service with all the note-taking capabilities. I relying on Evernote for these 3 big reasons even though I heavily use Notion for managing my content.

In my next article, I will explain how I use Notion and Evernote in conjunction. The two different apps for different purposes.