Is the Bitcoin Hype worth it?

Home > Apps & Tools > Is the Bitcoin Hype worth it?

Bitcoin – the enigmatic and sometimes mysterious cryptocurrency, is the current talk of the town from Wall Street bankers and elsewhere around the world. But, is the hype worth it?

Tracing back to its roots, it looks like a petty high school project started by a bunch of geeks down their garage, seemingly close to the origins of many multi-billion startups proven as of now. Evolving from a research paper published by computer scientist “Sakshi Nakatumo”, outlining the ‘blockchain system’, who describes it as a “peer-to-peer electronic cash flow system”, and as a technology that enables the existence of cryptocurrencies, such as Bitcoin, Litecoin, Ethereum, while the Bitcoin remaining more popular.

Drifting apart from all the ‘Jargons”, these are just mere numbers in the humongous cyberspace. “Bits of code” values at a penny back in 2010 rocketing to a whopping 14,000$ last month! Inevitably designed to be verifiable, pretty much untraceable, easy to hide and ship to opposite sides of the planet. Sort of digital equivalent for gold! No nation controlling the supply of it, promising to bypass the central banks evading all tax regulations. Sounds like the best payment system in the world! 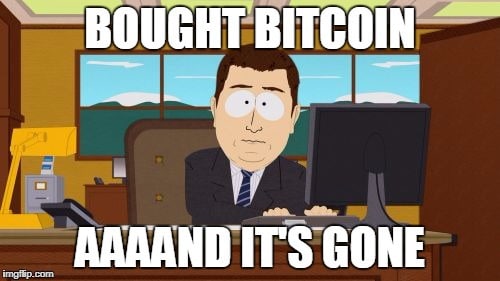 But, can we be able to buy a loaf of bread in exchange for Bitcoins? Nevertheless, the hitch has huge downsides along with it. Utter lack of regulation permits hideous markets to emerge. It’s staggering market value and volatility hurdles to be a major concern of the hour. It happens for sneaky traders as the greatest ever opportunity for “shorting”, as bets against the Bitcoins are surging to a whole new level. Meanwhile, hackers trying to successfully pull off never seen before heists in the history of cyber thefts happening every now and then. They began to demand hefty ransom in Bitcoins, infuriously devoting to the fact that the transactions made are irreversible and their identities are concealed eloquently.

“Public is a pawn in a game led by the most wealthy and powerful groups of the world.”

The fallout from the Financial crisis of 2008 is a bitter realization. History often repeats itself. It’s known too well how bubbles and manias end. Millions made are lost much faster than they were made.

Eventually, the Bitcoin hallucination is just fantastic as a risky investment and fascinating as a cultural experiment amidst the never-ending rat-race!