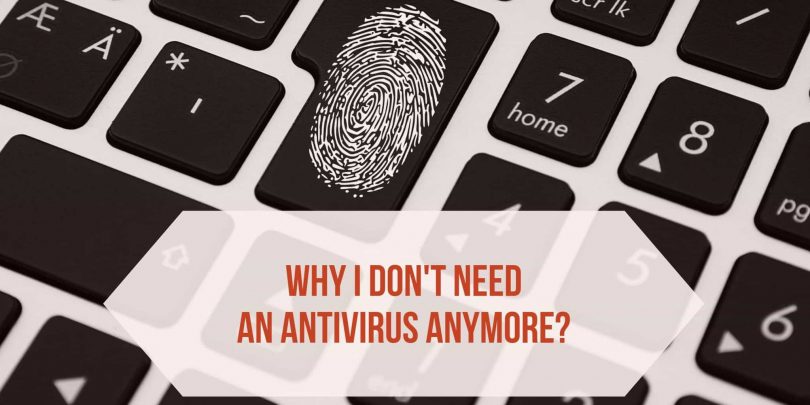 15 years before when I bought my first PC, the first software I installed was an antivirus program. It was an unwritten law in the computer world, first to secure it with an antivirus. Of Course, it should be. If you had computers that time, then you must have witnessed how computer viruses, malwares, worms ruined everything. I bet, you can still remember those ‘autorun’ viruses and malwares that changes all you documents and folders into a ‘shortcut’ icon. Files and folders in the thumb drives magically vanishes, thanks to the ‘w32’ worms. These are something I still remember, but that’s not all.

Years passed, After 2010 I just sticked up with ‘Internet Security’ and dumped the antivirus softwares. Obviously, it is not enough to secure your computers, you need to be safe against those trend new internet attacks. I continuously renewed my Kaspersky Internet Security pack for around four consecutive years. The funny part is I also had an antivirus application installed for my series60 symbian based smartphone. I have used various linux distros that doesn’t require an antivirus. Unfortunately I have never used Mac, but learned recently it has higher threat level than Windows. May be because of their increased market shares.

The time has changed now. I now have no antivirus or malware application installed in my PC except the built-in windows’ own “Defender”.  My android based smartphones, tablets never demanded any kind of anti malware or virus programs. Android is tightly packed not to let it in any invasive virus/malware attacks. Most of the apps and service I use has took the security issues seriously and definitely the defense to any form of attack improved every stack of the computing. From firmware level to application level through middlewares, communications etc.

Being Safe Without Antivirus

Protecting the platform. If you own a PC, you don’t need any extra protection from any third-party antivirus applications provided, you don’t install too many random softwares or apps. Keeping the Windows Defender program up to date is all you have to do max. But if you installing random softwares, application from unknown sources, then it might not work for you. Regarding android, it doesn’t require anything like that. Yes, really you don’t need an antivirus for your smartphone. This applies to iPhone and probably any kind of phone too.

This will do the most.

Most of our work has become browser based. So securing the browser closes many gates to many problems. Your browser has the ability to tackle 99% of security issues that available today. From phishing to data theft. Any browser it may be. Chrome, Firefox, Safari, Edge, you name it. I prefer Chrome and Firefox. Beware of the browser plugins/extensions. Just don’t install anything if it is not from a authorized sites. (chromestore, addons from Mozilla website)

All the modems, routers and switches has the comes with extra protection layer to keep your data safe on transit. Some modern routers has basic firewall set in. If you feel like, you can always have a software firewall, which I don’t have interest in, esp. for network with few devices. When I use a public wifi network, I always to encrypted tunnel by using an VPN. Whether it is my phone or laptop I can easily switch on and connect with VPN (Virtual Private Network) network in few clicks. If you don’t know VPN is, it is a virtual network built over the internet, where only authorized people are connected. Now all the internet access from VPN is directed to a secure server to the outer internet.

Get cool deals on VPN @ Stacksocial.  I prefer “VPNSecure.me” when comes to VPN providers.

I won’t say your digital world is secure if you follow all the above. These are things you could use to replace your conventional antivirus system. You aren’t safe yet.. Subscribe to this blog to know more simple but powerful tips.